Especially download Windows XP system for Techstream interface (suggested by obdexpress technicians), just to shut off the DRL’S. Then leaved it aside.

Recently, wanted to shut off the passenger side seatbelt warning. My little daughter are always annoyed with that. No way!! But, only with Win 8 now.

Found this last week, had a tried, and it worked wonderfully on my Asus Windows 8.1 Intel i3 notebook:

The thread includes a dropbox link where you can download “all” of the needed files, but really all you need from there is the MVCI driver and the .reg registry hack file.

Get the latest Techstream from:contact with Email: [email protected] to get software file free)

There are a number of steps to getting the driver installed manually, be sure to follow ALL of them before plugging the cable in.
On my 8.1 installation, when I plugged in the TIS cable, Windows automatically looked for and installed the driver, so if you haven’t followed the instructions to that point, it will load the 32 bit driver.

Once the driver was loaded and I verified with the firmware update utility that it was communicating (don’t try to update the firmware), I was ready to install and run Techstream.

Again, follow the directions on installation.
One .ini file needs to be edited to “activate” the program.

Upon loading, you’ll need to select “Europe” and then your preferred language. The key thing is that only the “Europe” option works.
For the user and all other blank mandatory fields, I just typed in “111” and left the default “Albania”

Next, select VIM type xHorse
Now, you’ll want to set your preferences for units. It defaults to metric, and it also defaults to absolute for the TPMS so at first you’ll be scratching your head at the 46psi tire pressure… set that one to “gauge”

There is no need to launch anything in XP compatibility or anything (at least not on my Windows 8.1 system)

PS. Yesterday, I found some tested TIS on Win10 X64! Then tested this version on my wife’s Corolla using 32 bit Windows 10 just to see if it would work. It did. Also noticed that Win10 put in its own driver for the Techstream cable which seemed to work just fine with the program. 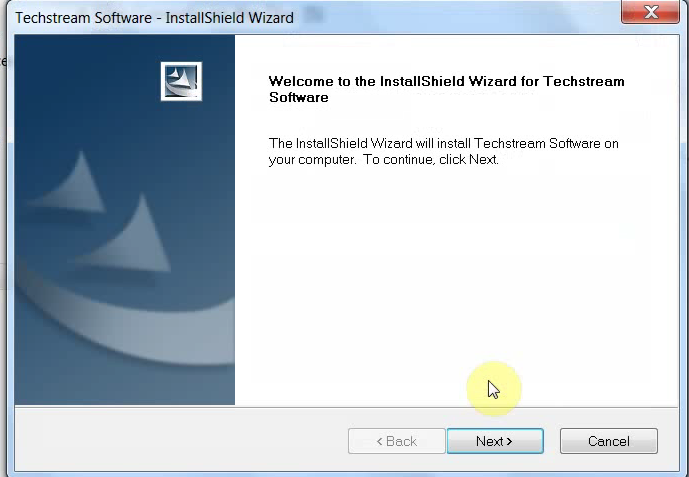 Oh, yes. This may work for MVCI cable also, with the same software Techstream.