Despite its all-round unrivalled excellence, there is one aspect of Creative Assembly’s BAFTA award-winning Shogun: Total War that perhaps held it back in terms of multimillion sales: the fact that it was set in medieval Japan rather than medieval Europe. Not that we’re complaining but, understandably for most, it’s far easier to relate to a knight in shining armour than it is a samurai in hakama or kataginu - leaving aside the problem of pronunciation. Similarly, how many of you can have claimed to have seen Rashomon or Seven Samurai? How about Robin Hood: Prince Of Thieves? Exactly.

No matter how many billions more will buy the recently renamed Medieval: Total War on the basis of its setting, the signs look good that gameplay-wise the game will build upon its predecessor’s solid foundations. For those who missed it, Shogun was, of course, a delicate blend of Warhammer’s epic table-top battles, mixed with a healthy dose of Civilization-style turn-based complexity. A potent mix for sure, and one that worked perfectly. It’s no small complement when we say that Shogun was the most important strategy game since Dune 2 and, if we dare carry the analogy further, Medieval could be to Shogun what C&C was to West wood’s ground-breaking first RTS.

'We’ve kept the basic premise of Shogun: Total War but completely redesigned the gameplay to make it suitable for the period,' says Michael de Plater, creative director of The Creative Assembly, on die differences between both games. 'The 3D battlefields are now as varied as they are spectacular to look at - with everything ranging from deserts to lush European landscapes. Sieges have now become an important part of the game and the 12 playable factions each have their own unique units, tech trees and strengths/weaknesses, with more than 100 different unit types in 1 total, from Knights Templar and Bedouin Camel Warriors to Brigands,! Archers and Peasants.'

What Is This Castle Called That Stands Hard By?

One of Shogun's few weaknesses and conversely Medieval's greatest single innovation, is the game’s castle battles. As well as towering stone keeps and forbidding ramparts, the whole lot will be fully destructible, with players able to field mangonels, siege cannons, trebuchets and ballista.

'Siege warfare was a very important part of Medieval warfare, and we’ve dedicated a lot of time to making castle sieges an incredible experience,' offers de Plater. 'Players will also be able to custom-design their castles by adding defensive features, such as catapult towers, palisades, and outer walls. In the earlier periods, the battlefield is dominated by knights and heavy cavalry. Longbows then make their mark and, towards the end of the game, gunpowder and heavy artillery will heavily affect the gameplay - and ’ the castles.'

Shogun campaign veterans will I remember how important it was to keep generals and heroes alive, and in Medieval we can expect a similar 'honour' system, with monarchs, their heirs, dukes and lords now boasting RPG-style character development, which, as de Plater says, 'accrue various vices and virtues that reflect their actions'. It seems a local lord crazed with bloodlust, as well as ruthless in combat, may well spark off a rebellion.

But it is the familiar as much as the I new that will ensure Medieval takes over from Shogun as the wargame of choice for PC strategists and, while the 3D real-time battles - again featuring countless thousands of troops across far more varied terrain - will be just as' epic in scope, the turn-based element of resource management, diplomacy, I research and espionage seem to have been significantly ramped up to mirror the game’s far more varied spread of warring cultures.

'Part of the popularity of Shogun: Total War was the fact that it combined turn-based and real-time strategy,' explains de Plater. 'The 3D battles have much more meaning to the player if they’ve been involved in creating those battle conditions through their own strategic decisions. All manner of non-combat units will feature, as princesses, bishops, heretics, i-finders, famous artists, and ralphilosophers (scientists).

These characters can trigger religious wars, negotiate treaties, create famous works of art or make incredible scientific discoveries,' he adds.have much more meaning to the player if they’ve been involved in creating those battle conditions through their own strategic decisions. All manner of non-combat units will feature, as princesses, bishops, heretics, i-finders, famous artists, and ralphilosophers (scientists). 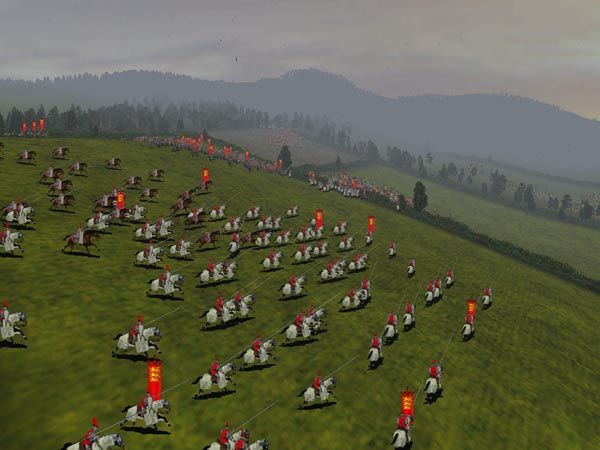 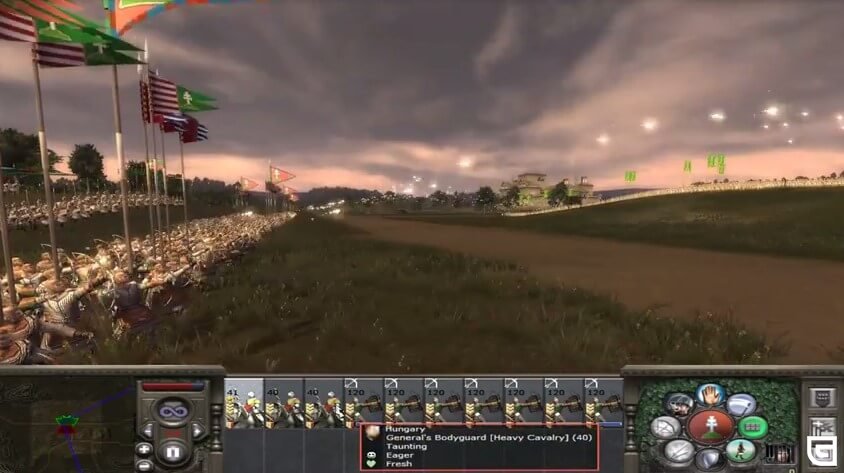 'There are also new strategic changes such as the ability for armies to be transported across the sea via ships. One of my favourite new features is that each territory on the strategy map is now geographically accurate - and the border over which you attack that region will determine the nature of the battlefield that you fight on. So, if you attack a region from the north, the terrain may be mainly mountainous (and hard to capture) but attacking the same region from the south could result in a flat lowland map. This adds another level of strategy to the turn-based game.'

Though a full online campaign option has been ruled out for the sequel (as it eventually was for Shogun), it does little to diminish fervour for the game among PC Shogun fans. Today, Shogun still remains the benchmark for wargamers and there seems little to challenge it, at least until Medieval comes along. Having not yet had the chance to play the game first-hand we could be going slightly overboard, but from what we’ve seen we can safely say that Medieval will be the strategy game of 2002. All that remains is to try and predict what Total War scenario we can expect in 2004. Unfortunately, it’s out of our hands, though we don’t mind - it’s bound to be another unrivalled epic.