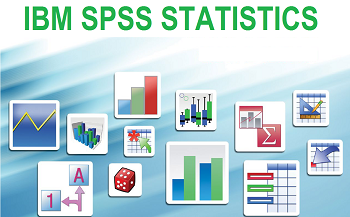 IBM, in an analyst meeting held at Bangalore on 6 June 2005 stated that IBM's India plans are for the long term & committed to invest $6 billion in the next three years in India, triple the amount invested in the three years preceding the meeting.[6]

IBM worldwide expects its revenues to be around $120 billion by 2010, of which nearly $86 billion (68%) would come from IBM Global Services alone, with an estimate of about 200,000 employees. IBM India would account for 90,000 of these. Roughly translated, IBM's Indian employees would generate $35 billion of IBM's revenues in 2010.[8]

IBM Global Services (now split to Business Services & Technical Services) was called the 'jewel in the IBM crown' by the Aberdeen group in 2003. For worldwide IBM, this is the group that contributes to more than half its global revenues ($54 billion in 2005) presently and growing at a healthy rate (8% in 2005). With half of global service employees to be located in India, IBM India's importance for the global corporation can be easily fathomed.

In 2005., Ginni Rometty at the Enterprise Business Services unit of IBM worldwide and heralded changes that would have long running implications and would lead to the explosive growth of IBM in India. To emphasize how serious IBM was about making India a major IBM headcount and business growth destination, a Global Briefing event for investors and analysts was held in Bangalore in June 2006 with India's then President Abdul Kalam as the Chief Guest. Most of the senior most IBM executives were present for the event. To bring more focus to growing the technical talent in India, IBM appointed IBM FellowC. Mohan of IBM Research in Silicon Valley as the IBM India Chief Scientist, a new position that was created for that purpose. Mohan served in that position from June 2006 to January 2009 in Bangalore and then returned to IBM Research – Almaden.

At an investor meet in 2006, she identified five areas that would transform IBM and bring 'profitable growth'. In order of importance, they were Business Transformation Outsourcing, Application Management Services, Business Solutions, Small & Medium Business & Innovation. In each one of these areas, IBM India figures prominently and employee numbers have grown multi-fold in the last two years.

IBM India's domestic revenues grew at 60% in 2005-06 making it one of the highest growth areas in the entire IBM portfolio of geographies & businesses. IBM India is also the biggest domestic IT player in the country, replacing HCL Technologies[citation needed]. It's worthwhile to mention that Airtel, India's largest private telecom company which had chosen IBM as its strategic partner for outsourcing its entire network & IT backbone – a deal worth about $750 million initially, has decided to renew it for another five years, reducing the order by more than half the size of the one that expired at the end of March 2014.[9]

In making the change to its new mode of operation, a number of restructuring steps were taken:- All installed equipment (equipment in India was all leased by the month – a GOI requirement) was 'sold' to the existing users for a nominal amount of less than $10- The (profitable) Service Bureaus were given to the employees who were employed in them at that time. A management structure was established, based upon several of the most senior Indian managers, who collectively became the majority shareholders in the new company, which they named IDM (International Data Management)- The equipment service business was transferred as a single total entity to the GOI, on the understanding that they would continue to offer maintenance service to all existing users. IBM undertook to provide spare parts for installed equipment for at least a further 5 years- Employees who were working in other countries at that time were offered positions in those countries, if the immigration laws allowed. Most accepted and a number went on to achieve promotions to senior positions in those countries and around the world- The employment of all other employees was terminated, with what were generally considered to be generous redundancy terms.

The Indian economy was liberalized in 1991, relaxing FDI norms. IBM re-entered India in 1987 with a Tata joint-venture, named Tata Information Systems Ltd. Its business interest in India was still focused on product sales.

The head of IBM India is called a country manager. These people have headed IBM India during its history in the country.