Disney's Tarzan: Untamed was released back when every Disney movie got a game. One of the things that is pretty interesting about this game is that it was actually a launch game for the Nintendo Game Cube. It did also show up on the PlayStation 2 and in some ways, this serves as a bit of a sequel to the movie. In Europe, the game ditches the “Untamed” title and is called Freeride instead.

I actually think Disney made a Tarzan 2 that was one of their less than great straight to DVD movies, but this game predates that. This takes place after the events of the first movie and it once again has Tarzan just trying to live his best life. This time the British are invading and they are trying to capture him and all of his ape buddies.The story is told pretty well and moved along with cut scenes that are all original to this game and not just taken from the movie so I give them a ton of credit for doing that. In all, if you liked the Tarzan movie, Disney's Tarzan: Untamed is a solid follow-on from that.

Great For A Junior Wood Chuck

If you get that obscure Duck Tales reference you are awesome! In terms of the gameplay here, Disney's Tarzan: Untamed is pretty solid. Say what you want about Disney games, but I have found for the most part they are always very well made and at the very least competent video games and that is the case here. You play as Tarzan and while you can run through various levels, the game offers more variety than that.You also need to ride on vines, swing on vines, and even on water as you are pulled by this bird. It is pretty cool stuff and you need to attack enemies, save baby apes and the game does have a fair bit of backtracking. It is pretty easy, but what makes it difficult is the save and checkpoint system which happens rather infrequently which can lead you to play certain levels more than you would like. It may be basic, but it does what it does well enough.

I must say that by today’s standards Disney's Tarzan: Untamed is a little rough in the visual department. The game is rather dull in the visuals which is odd as it is set in the jungle. I do feel that the Game Cube version looks a tad better, but these games could really have benefited from being done in a cell-shaded way. The character models and the animation is solid, but it just needed to be brighter. Had this game been done a generation later, I am sure the HD consoles would have done it justiceThe game has a fun jungle soundtrack and it has great voice acting. I do not think they got the Hollywood stars to voice the game, but the people who are here do a damn fine job all the same.

Disney has made some great games, actually far more good ones than bad if you ask me. As far as Disney's Tarzan: Untamed goes I would probably put this somewhere in the middle. It is not a bad game at all. It plays decent enough, despite being dull, it looks like the movie and the game is ideal for younger gamers. I just feel that they played it really safe with this one.

It is certainly the kind of game you would beat once and then never play again. If you liked the movie, you will like this. 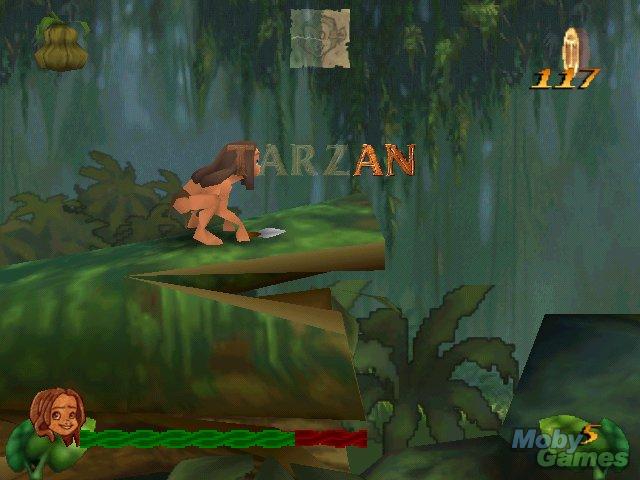